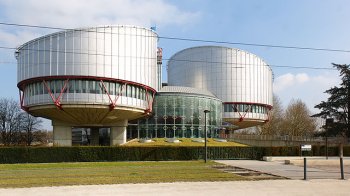 The National Secular Society, a member of the European Humanist Federation,  has challenged a requirement that parents in Greece must declare their religion on children’s birth certificates in an intervention at the European Court of Human Rights.

In Papanikolaou v Greece, the ECHR is considering whether the obligation violates article nine of the European Convention on Human Rights, which protects the right to freedom of religion and belief.

In a submission to the court, the NSS has argued that the obligation goes against both article nine and article eight, which protects the right to private and family life.

The NSS said the obligation is “blatantly contrary to the convention” and is “clearly unnecessary processing of sensitive personal data contrary to the fundamental rights of parent and child”.

It added that the obligation depends on treating those of a particular faith “as a cohesive group”, defying the need to treat freedom of religion or belief primarily as an individual right.

The society argued that the requirement goes against both the plain words of the relevant articles of the ECHR and relevant case law.

In previous cases the ECHR has ruled that requiring individuals to reveal their personal beliefs violates article nine.

It has also established that disclosure of information about personal religious and philosophical convictions may engage article eight, as such convictions concern some of the most intimate aspects of private life.

NSS chief executive Stephen Evans said: “We’ve intervened in this case to uphold the principle that nobody should be required to reveal their personal beliefs, which can often be a very sensitive issue, without very good reason.

“There’s no good reason why the Greek state should need to know the religion of a newborn child’s parents, so the court should ensure it upholds the right to freedom of belief and the right to privacy.”

Panayote Dimitras of Greek Helsinki Monitor (GHM) – which monitors, lobbies and litigates on human and minority rights and anti-discrimination issues in Greece – and Secretary General of the European Humanist Federation, said the NSS’s intervention was “greatly appreciated”.

He added that it would “add crucial arguments” to the points raised in GHM’s own submission, as was the case in previous similar cases before the court.

The Urgency of Rethinking and Redirection

July 28 was World Nature Conservation Day. This day serves to remind us of the ongoing destruction of the Earth's ecosystem and encourages ...

June 21 is World Humanist Day. A day dedicated to raising awareness of humanism as a way of life as well as an opportunity to draw attention to current...

As part of the transition of EHF activities to Humanists International, the organisations have started The Humanist Capacity Building and Networking...